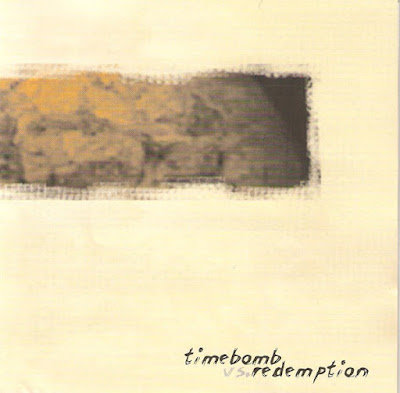 On this split cd, Timebomb re-record three tracks from Hymns For a Decaying Empire, playing them tighter and closer to a metalcore sound, which is still good, albeit slightly less apocalyptic. Nonetheless, they still rock on this one, and nothing hinted to the surprise they had in store sometime later. Redemption is another vegan/straight edge band from Italy, and they play what one might call metalcore, with a more melodic edge close to early Caliban and Lifeforce Records, lots of double-bass and a female vocalist with a very cute and lovable voice. Not something amazing, but much better than what metalcore would come to mean a few years later. 1999 cd on War.Ds.