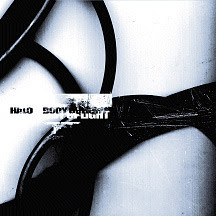 Second Relapse album for Australian industrial/noise/sludge duo Halo after the amazing Guattari, and sadly their last release, as they ceased to exist after a series of aborted recordings that they didn't consider satisfactory. The sound is somewhat less chaotic than Guattari and their previous self-released albums, but at the same time sounds more crushing in its more focused approach, making their early Swans and Godflesh influences more prominent (especially in Filling The Empty Spaces With Cash, which could have been a song on Young God). Oppressive music at its best. 2003 cd on Relapse.