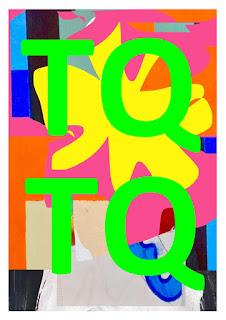 Previous TQ issue was a double on with a focus on the Australian and New Zealand scenes , of which I should recommend Independent Woman Records, which has released stuff by Chow Mwng, Witchblood, and Smut. There's also an interview (conducted by Charlie Ulyatt) of Dylan Carlson, in the occasion of the new Earth album, which is incredibly shit in my opinion, and this is the first time I feel like this about a new Earth album, especially after such an amazing cd like Primitive And Deadly.

The offerings include a download of the cdr by Chris Whitehead's project Cursus, which drifts between dark ambient, psychedelic guitar music, and isolationism somewhat. It's a great album that you can support with a mere 0,50 gbp on TQ's bandcamp.There's also a cd called Buzzing Minds I A Sydney Noise Compilation, documenting various artists from the Sydney music scene that live in boarding houses and experience a variety of social and mental problems, and have been encouraged to create their own noise/electronic music by a guy called Jay Simonit working at such a boarding house.

Great reviews include the new highly recommended recording by the excellent Helicopter Quartet (free to download on their bandcamp) and awesome percussion-based EP by The Master Musicians of Dyffryn Moor focusing on Brexit, discrimination against immigrants and Conservatives' policies.

The new issue celebrates two years of publication and comes with two cds or free downloads in a random manner (I was lucky enough to get both physicals!), one is Fin by Sinnen (released by TQ) playing some weird combination of atmospheric shoegaze metal that remind me somewhat of Pyramids combined with suicidal black metal act Ghost Bath. The other one is Strange Altars by Ade Hodges, which I haven't heard yet, but I remembered having checked out his bandcamp to see that he plays astral lo-fi dark ambient. Plus, there's a free download for subscribers of Nat Lyon's Canine Codebook. There are various reviews and interviews in the new issue but I haven't had time to check all of them, but there's a nice written piece by Joe Posset, plus a review of a gig of his.

I think there are copies of the new issue left, so do yourself a favor and get it at http://tqzine.blogspot.com/.
Posted by Vladimir at 11:56 PM No comments: 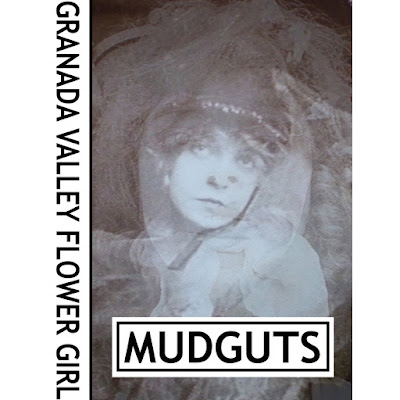 Third and last - so far - work by Mudguts, with an increased aura of melancholy and some surprisingly quiet and solemn tracks based on keyboards, while destroyed cassettes and pedals hover around. 2017 tape on Cruel Nature. 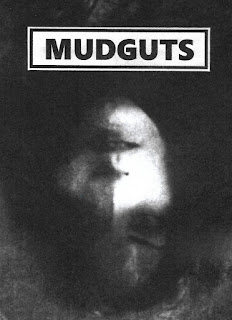 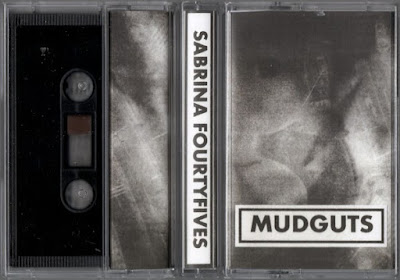 Yet another collaborative project of Lee Stokoe (Culver), in which he is joined by Scott McKeating of Black Leather Cop and Bells Hill Records. Aside from the expected dense deep drone that only Stokoe can deliver, there's some melancholy misery, especially in the last track "Pretty Slipping," which evokes a feeling of urban loneliness and of feeling lost in the maze of grey concrete and mobile phone screens. In fact as I now listen to it and feel extremely tired and sleepy it creates a very hopeless feeling that reminds me of the most emotionally unbearable track I've heard, Coil's "Halliwell Hammers." 2016 tape on Invisible City Records. 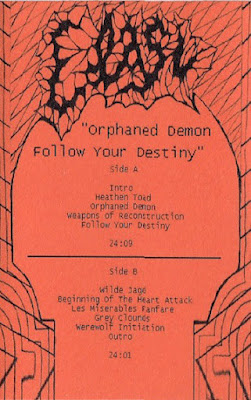 Totally weird psychedelic dark noise. Some people call this black noise but it doesn't have that much of an occult atmosphere. For me it sounds like an acid trip gone very bad and turned violent while listening to early James Ferraro,  resulting in melted brains. 2014 tape on Trash Can Dance. 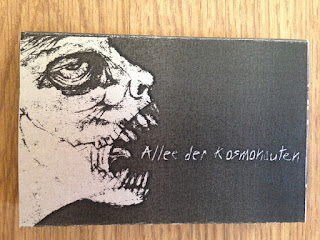 And this is their first demo release, which is a mix of jammy sludgy noise rock and dark, heavy hardcore/crust. Good stuff. 2001 self-released tape. 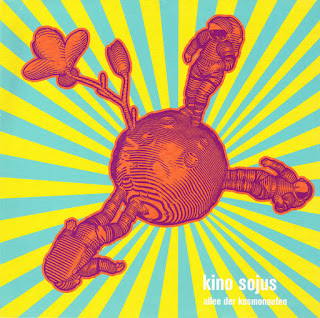 This is their last release, it's kinda weirder, with their noise rock side more accentuated. The production is more trebly and there are very few sludgy moments, but there a nice dissonant atmosphere, and a slightly depressive/miserable attitude that couples with feelings of anger that emerge from the jammy approach and the girl's far more gruff vocal delivery. 2009 LP on TimTimTonTraeger, Absurd Creature, and Behind The Scenes. 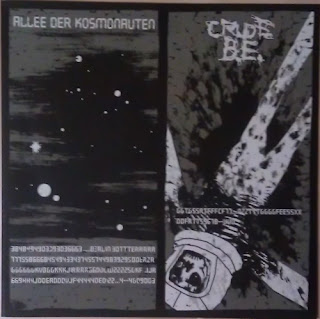 It's been quite some time since my last post, but things are very busy: I'm spending more time with my child, I'm in-between changing posts, I'm pretending to be studying for my PHD plus we had gone on vacation. I think that this will be the frequency of writing for some more time.

Anyway, here's a superb split between Allee Der Kosmonauten, whose only 8-minute song here I saw live years ago and it completely floored me, it's an amazing rocking punk tune turned into melodic-epic d-beat crust, and Crude B.E. on the other side, who play heavy powerviolence/grindcore with rocking and stoner moments, good fun. 2001 10" on Thought Crime Records.