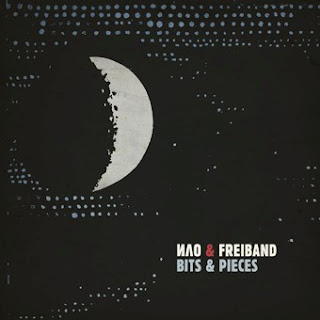 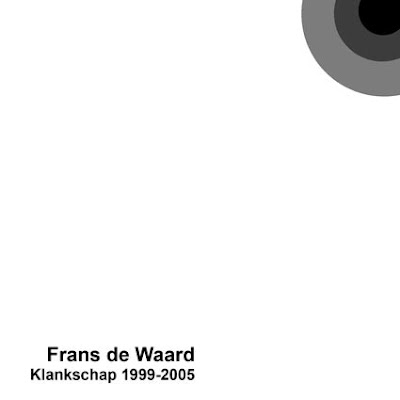 The mastermind of Kapotte Muziek offering manipulations of field recordings resulting in various styles from industrial to improvised electronics and then to noise. 2005 cd on zang: 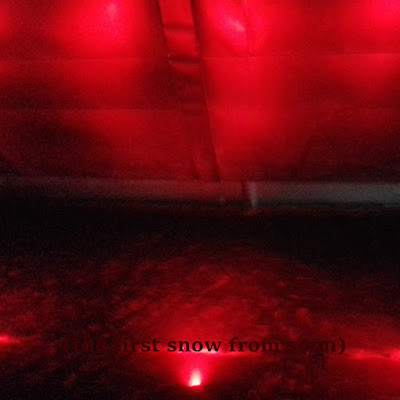 If anyone remembers my post on Caroline McKenzie's The Drowning Of Ophelia, they will be reminded that it was a great album of bleak but heart-breaking dark ambient. Since then Caroline has continued making great ambient/drone/ethereal soundscapes which I have mostly enjoyed, but kind of forgot to write about. The same thing happened with this one; I've had a tab on my web browser literally for 3 months saying "ok now I need to write about this" but I kept forgetting to do so, but it''s the time for it. This is a 3-track offering of droning ambient ideal for calming and reflecting. It's exquisitely monotonous and repetitive in the way I love it to just sit down and read for my PhD. Actually Caroline says that she created these tracks in order to calm down her insomnia, so it really fits any similar kind of activity. As always, it's a free-to-download recording, but I highly recommend that you support her. 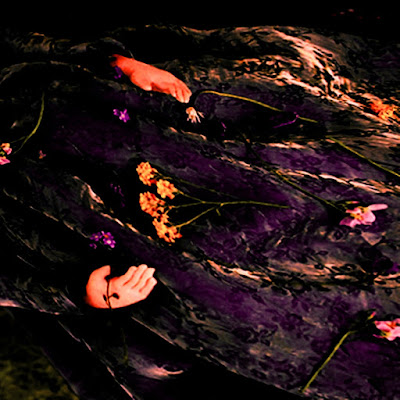 Going back to her breakout release The Drowning Of Ophelia, the Welsh experimental electronic artists Doctor Birch and his Young Friends has created a remix album of Caroline's masterpiece, taking sounds from there and creating short - 3-minute tracks - revolving around specific sounds. It's also a great piece of work that accentuates the lonely and depressive feeling of it - track 3 "Falls Down Blistered" is sublime in particular; again a free download, but there's the choice to spend a little money on this one, since all money gathered from paid downloads will be given to a transgender people support organization called Mermaids. I totally support trans, queer, and generally LGBTQ+ people, but I'm really put off by NGOs because I think that issues of discrimination, homophobia, racism, and fascism are political tasks that need to be solved by the working class movement and not by charities that are deeply involved in the reproduction of the neoliberal scheme of capitalist restructuring that points to NGOs and volunteering as a form of conscience-laundering as David Harvey has very punctually said. However, if any of the dear readers thinks that such causes are worth their money, they can of course donate a little something to it.
Posted by Vladimir at 10:11 PM 1 comment: 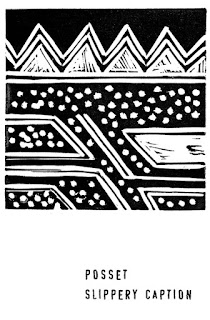 This isn't a tape, this is musical blasphemy. Posset always manages to release the most cleverly retarded recordings of all times, with this one not being anymore a combination of found objects and Betadine gurgling, but full-blown emetic sound poems exploring the possibilities of the sounds of the vowels of the English alphabet, while still performing throat washes. My brain feels violated every time he brings out something new, and so should you, so there's your parental advisory to avoid this by any means necessary. 2018 tape on Sound Holes.

St James Infirmary - A Sound Is A Sound cdr 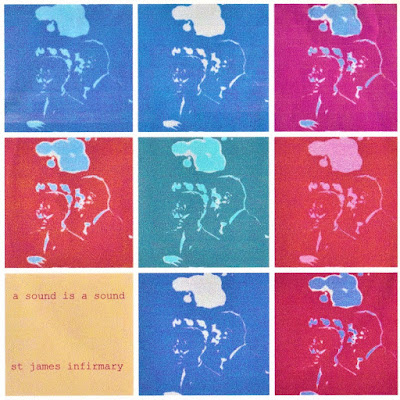 I thought St James Infirmary, the project of G.W. Lang played mostly in looped ambient styles, but this is a real change, and an excellent one at that. On this superb cdr you get lysergic 1970s psychedelic/kosmische rock, with equal parts Can (the voice kind of reminds me of Damo Suzuki at times, and insistent motorik rhythms prevail) and Pink Floyd-Meddle era, with a touch of post-punk and garage. On this one, it seems that St James Infirmary has turned into a quartet and it all seems to have been recorded live. I hope that SJI continue making music in that vein, although I've already expressed my fondness for other recordings of his. Oh, and the cover kind of reminds me of Andy Warhol's "Mao." 2019 cdr on Wormhole World, whose bandcamp is always a place to find new exciting releases to spend money on and support.

Dälek ‎– Respect To The Authors 12" 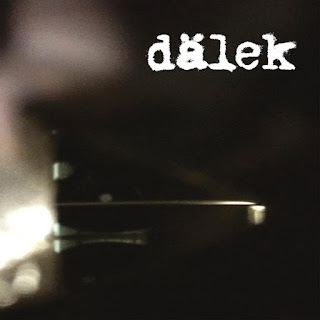 One year and a half after hip hop giants Dälek's true return to form with Endangered Philosophies, they return with a new 12" that showcases some of their more relaxed material. There's an increased dub atmosphere in the beats and the sounds here, and a very ambient feel, pretty similar to their greatest masterpiece Abandoned Language, but with a denser, darker and more industrial-urban approach. It's a great new recording by one of my favorite groups of all time, regardless of any genre. 2019 12" on Exile On Mainstream Records. 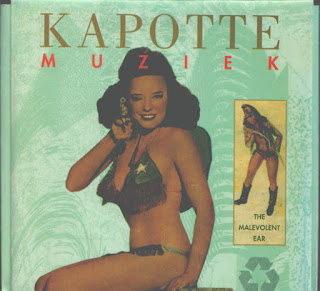 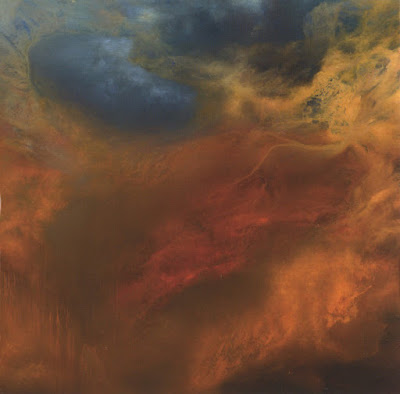 I could finish this by just saying that when you start your new album with a sample of Odin's horse from Bathory's "A Fine Day To Die," then this should be the album of the year, but i'll refrain from doing so. And because boredom and lack of time forbids me from writing a very meaningful review I'll just say that this is the more Sunn O))) record faithful to their early sound since Flight of the Behemoth, which means endless riffs without many experimentations. The vocals of Hildur Guðnadóttir on track one remind of "The Gates of Ballard" from White1 and there's some orchestral stuff close to Monoliths and Dimensions involved in track 2, and the 12-minute cello drone break on the last track is superb, but pretty much we have relentless guitar drone noise. The riffs are good but not like the best of their career like "Hunting And Gathering" or "Hell-O)))-Ween" and while the production is very strong, and much as I love Steve Albini, I kind of think that the recording does not convey the immensely hypnotic quality of OO Void or White2, thus there's something missing here. Still it's fun to hear, and this is what you should. 2019 cd on Southern Lord. 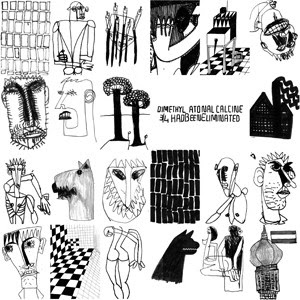 Inspired by Bleak Bliss's post of this Italian group's album Oblivion, here's an 7". This is some weird shit, don't know how exactly to describe side 1; something like electroacoustic folk/indie with an endless lock groove at the end? Side 2 is a nice ambient/dub remix of one track from another album of theirs. Cool. 2006 self-released 7". 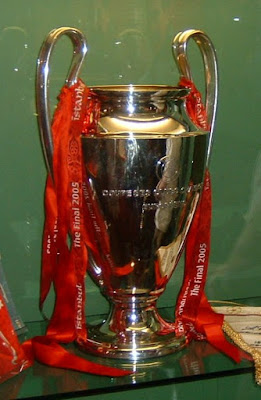 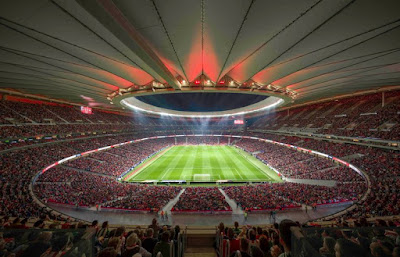 Do you know of many teams that haven't won a league for 34 years but still go to the Champions' League final? I mean, leave the Premier for the nouveaux riches and let's get the big one, you know what I'm saying?
Posted by Vladimir at 11:07 AM 1 comment: 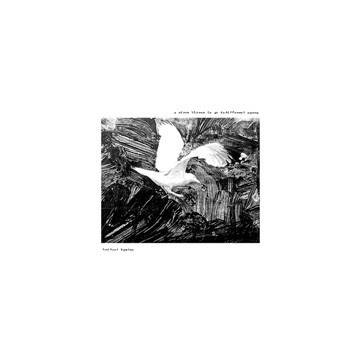 An earlier LP to last year's excellent Pure Touch Only From Now On, They Said So, it showcases Bridget Hayden's immense ability in creating different moods within a drone/noise style. Her evil guitar noise tracks are quite similar to Lee Stokoe's Pact Of Ash project, and they sound like what it would sound like if Burzum Filosofem-era played blues (I'm sure Varg Vikernes would cringe if he read this!), while the quieter moments, in which she plays piano and violin as if in an underwater shipwreck, sound to me like African American spirituals played by ghosts. This is another amazing achievement of the North-England no-audience undeground and you must hear it. 2011 LP on (K-RAA-K)³. 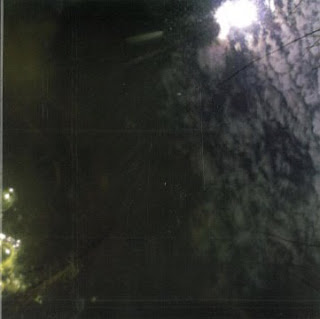 There's something fleetingly beautiful in these high-pitched effects created by MB here, something like an orchestra playing its final notes while on a sinking ship. 2010 on menstrualrecordings. 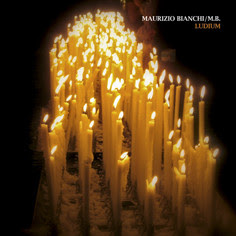 The unnerving subterranean MB we have all loved is fully at work here, offering us evil frequencies made on grand piano. Very good. 2009 on Silentes Minimal Editions. 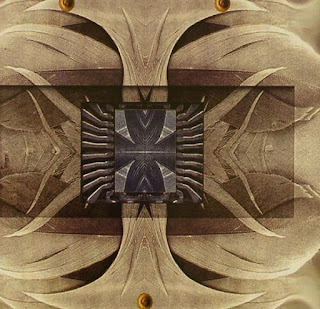 Maurizio Bianchi playing glitsch electronics with beats? Well that's a surprising thing. Haven't heard TH26 before to know if his collaborators on this one do that thing, but it sounds as if there are some patently dark MB atmospheres working underneath the beats. 2006 cd on SmallVoices. 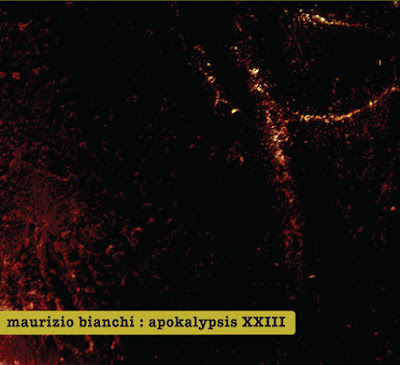 A very dark recording by our favorite Jehovah's Witness, with quite a narrative structure that intensifies the dark and harrowing atmosphere. 2011 cd on Nitkie.