The Dogmatics - The Sacrifice For The Music Became Our Lifestyle LP 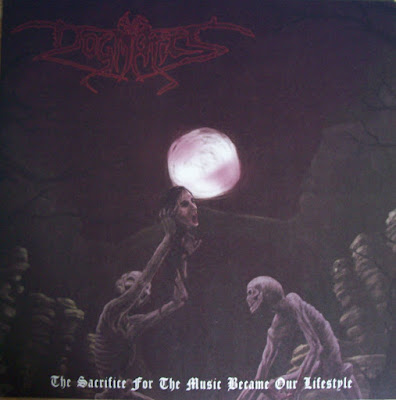 Mentioning The Necks the other day in the new Swans album post, I've come to think that the best albums there are the two where the Australian trio participates, owing very much to Chris Abrahams's hazy piano. What better way to listen to some more Abrahams than this duo he maintains with German clarinetist Kai Fagaschinski. Awesome slithering and unsettling improvised avant-jazz with emphasis on music spaces, microtones and a very entertaining black metal aesthetic as you can see in the album cover and the logo. Excellent stuff. 2012 lp on Monotype Records.

The Mickey Guitar Band ‎– From The Beaches 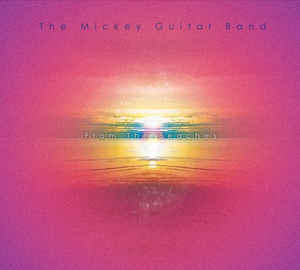 Continuing where the album with Gerogerigegege left off, Mickey Guitar Band offer yet another hazy and zoned-out piece of acid-drenched psychedelic and kosmische rock. Yeah! 2019 cd on Bam Balam. 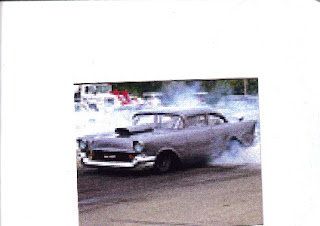 One of the most idiosyncratic of field recordings artists, Chris "Pause" Richardson's output consists of TV/radio recordings of car races. Once I was listening to a tape of his and my mom was wondering where the raging engine sounds came from and looked out the window. After listening to this, which is kind of low-key and could be considered his "drone" album, you have to buy his two tapes on Matching Head. 2009 cdr on Cidershed (label of Martin Gregory of Fuckin' Amateurs label, so you know this is great).

William Basinski ‎– On Time Out Of Time 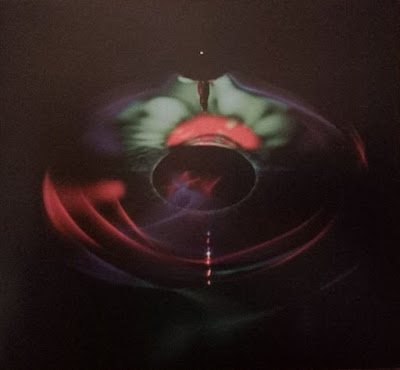 One of his most "compositional" albums - if that term applies - in which he utilizes sound sources from the LIGO observatory, including the sounds of two black holes merging. Yes it doesn't have the dying loops epic sound of The Disintegration Loops or Cascade, but it's fun to hear Basinski making more conventionally structured spacy ambient. And the second - and smaller of the two - track called "4(E+D)4(ER=EPR)" is just a gorgeous piece of mournful celestial ambient that I could listen to all day. 2019 cd on Temporary Residence Ltd.

Newt Extinction ‎– Everything I Say Is Of The Utmost Importance 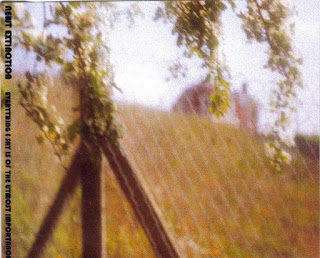 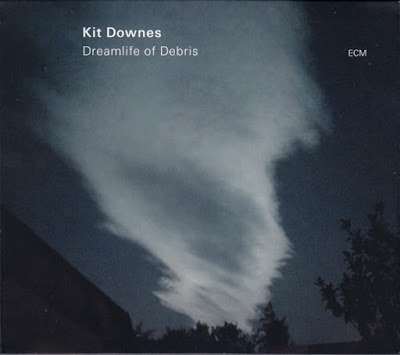 The second album of Kit Downes on ECM retains the church organ basis of the previous album Obsidian, but incorporates other instruments, namely piano played by him, saxophone (already present in Obsidian), cello, guitar, and drums. The sound is deeper, more unsettling, with the instruments creating worrying atmospheres, reaching drone levels at times, and the reverberating sound giving the album a very unique quality. 2019 cd on ECM. 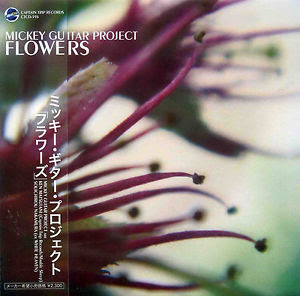 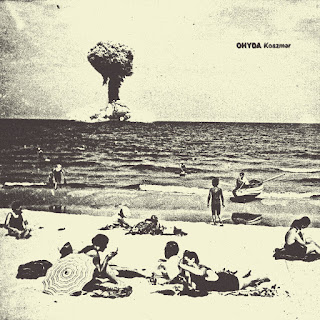 Rarely do I care about new hardcore punk releases, although until the age of 24 it was my favorite music genre. It's not only that I have grown up, I really think that music standards in this scene have dropped so much that most things are completely unoriginal. But here comes this great Polish band playing a mix of d-beat, post punk and psychedelic sounds, like a mix between legendary Polish band Abaddon, the legendary Siekera bits, Killing Joke, and huge Hawkwind and Voivod influences, with tons of delay in the vocals and chorus/reverb/delay in the guitar, and even blast-beats, making an explosive mix of apocalyptic post-nuclear explosion hardcore. Amazing. 2019 Lp on La Vida En Us Mus. 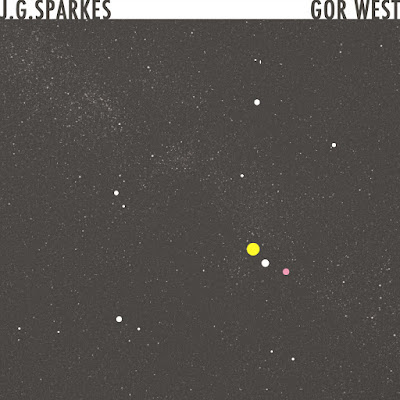 Picking up from the superb Past Lives, Near which I previously reviewed, J.G. Sparkers brings out one more excellent study of ambient paradoxes: both nostalgic and distantiated, beautiful and threatening, frosty and warm, his music has a very narrative and painterly element in his shaping of soundscapes. And there's a beautiful almost pop track called "Eccentric Orbit," something like an ambient ballad! Looking forward to more stuff! 2019 cdr on Wormhole World, where you can get it from for only a few pounds (and also land a preorder for the forthcoming third Xqui full-length!) 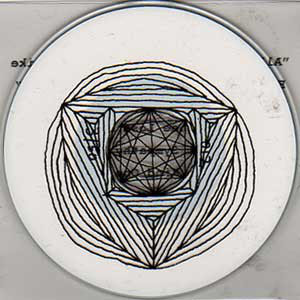 On the occasion of Johann Wlight's very rare (if not also the first) live performance at Tusk Festival a month ago, here's a rare recording of his, playing esoteric, mystical drone/ambient. While perhaps not as sophisticated as his excellent release A.Y. under the moniker itdreamedtome, this one also has this elevating, angelic but also occult feel to it. 2005 3 cdr on First Person. 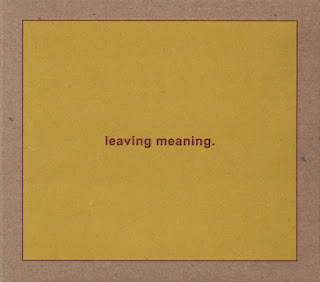 2019 has been a year of disappointments with regard to albums I've been expecting: Earth's successor to Primitive & Deadly was completely unimaginative, Martyrdod's Hexhammaren was a shit turn to metal, a predictable development since they signed to Century Media, and of course Mayhem's Daemon proves once more why we should all spill blood to Satan so that Blasphemer returns. So, all these months I've been thinking that I will be disappointed by the return of Swans, or to be more precise of Gira and friends. The guest list is extremely impressive and promises an amazing listening experience: The Necks, von Hausswolff sisters, all members of the 2010-2016 run, as well as Ben Frost (who I don't really like but anyway). Plus I really liked the demos of What Is This. However, the album is quite calm if we compare it to the sonic onslaught of the previous years, and reminds more of Angels Of Light with a more psychedelic feeling. OK, objectively the songs are amazing, but I don't feel the vibes of the previous ones, of if I should be more precise it reminds me kinda strongly of To Be Kind, the most boring of the four albums, and the one with the weakest production, an element the new album shares, especially in the more rocking and drum-filled tracks. But then, with the things that are happening in my life the time to devote completely to demanding albums is very limited so perhaps this is the problem. 2019 2 X cd on Mute/Young God Records. 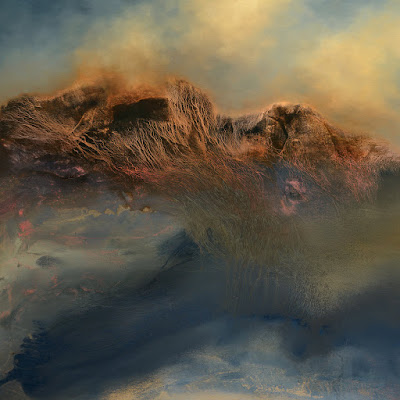 All of you must have listened to it by now, but since I got my copy I thought to post it. While kinda less in your face than Life Metal it seems to me that this is the closest album to their original form, i.e. before they started experimenting a lot on White 1. I also appreciate the slightly less buffed up sound than that of Life Metal, which was, as I had written, the only real downside of Albini's involvement. 2019 LP on Southern Lord. 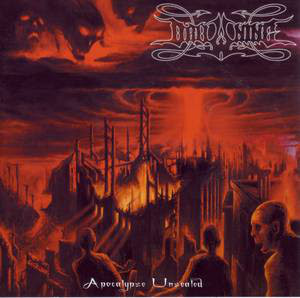 Second and final album by Drowning, and at this point almost all hardcore references are gone, leaving space for death metal filled with blastbeats. The riffs are still epic, but the blastbeat/ultra fast drum fills and the kinda weak/too trebly production (very similar to Morbid Angel's Heretic) makes it kinda tiring. 2006 cd on Bones Brigade.