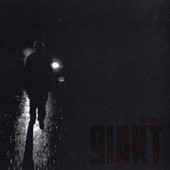 One of the last good albums of the genre that came to be called "post-metal" (yeah dude when Isis broke out we named this experimental sludge or whatever, post-metal my ass), a genre that too quickly deteriorated into post-rock and Toolish stupidity(with Isis going that way too), Giant played heavy and mournful epic doom with a good sense of melody and dynamics that avoid the shoegazy style of many post metal bands. After a naming dispute they morphed into Braveyoung and abandoned this style along with metal in general and played great orchestral post-rock, and ended last year with the masterpiece Misery And Pride. Now they continue as MSC in a similar fashion, albeit with a more electronic bend, I think. Best track here is number two, "Calvin," an amazingly melancholic but kind of heartening dirge with beautiful lyrics. 2006 cd on Southern Empire.