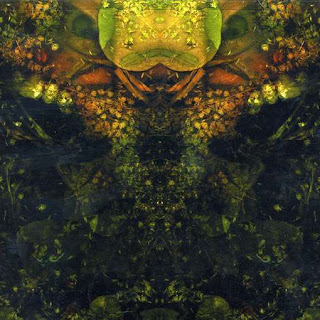 On the previous Giant post, I made some mention of Isis' trajectory into hideous post-metal. I don't wanna be unfair to the guys - they were an incredibly important band both for the 2000s experimental metal and for my own formative years of musical taste. Their music up till Oceanic (and Panopticon to a lesser extent) is one of the best things that has ever happened to me. It's just that their choice to remove the sludge parts and to become a Tool-cum-post-rock thing led to mediocrity. I kind of suspect that the people who pushed them more into that direction were bassist Jeff Caxide, drummer Aaron Harris and guitar/keyboard player Clifford Meyer. I'm saying this as they later released that hideous Palms album with the singer of Deftones, which is very similar to latter-day Isis. Aaron Turner on the other hand continued releasing good music outside Isis, with Old Man Gloom, Split Cranium and Mamiffer (I haven't paid too much attention to Sumac, tbh). One of his best ventures, though, which was contemporaneous with the good times of Isis was House Of Low Culture, a solo drone/ambient project, which started out as a riff heavy Sunn O))) style-thing, but on this album he focused on electroacoustic compositions, robotic drones, guitar soundscapes that with a full band they would have definitely been included in the early OMG and Isis records, and spectral atmospheres. It's a decent companion to the Lotus Eaters project Turner maintained at that time with Stephen O' Malley and James Plotkin. 2003 cd on Neurot.