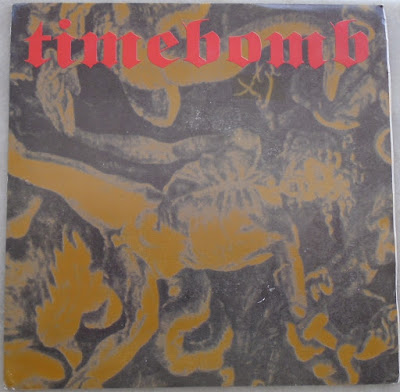 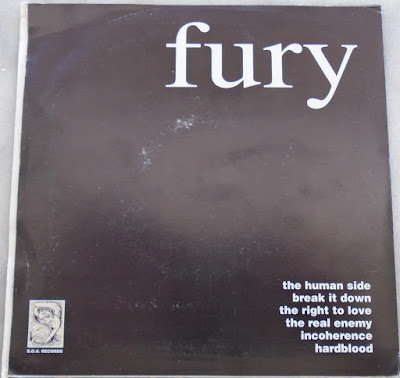 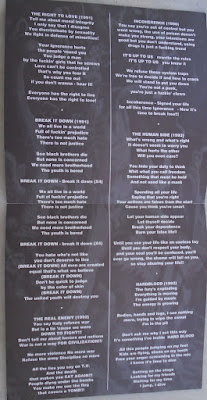 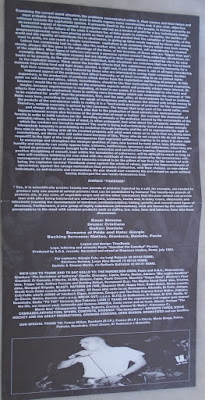 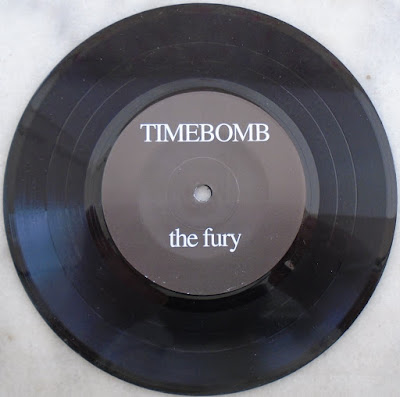 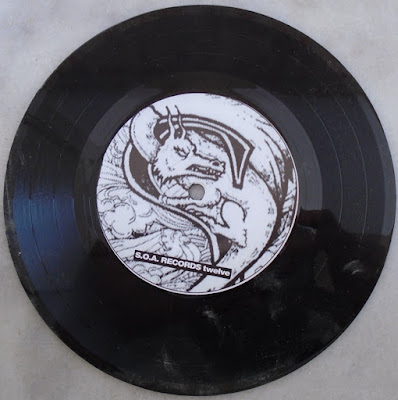 I have referred a few times to my teen years of metallic hardcore punk adoration and how this had been to a certain extent my gateway both to politics and noise music. One of those bands I was obsessed with apart from Integrity was Timebomb, a brutal metallic hardcore band from Rome with strongly political lyrics and a vegan/straight-edge message, which was however very far away from the tough-guy/exclusivist attitude of middle-class idiots like Earth Crisis. These people were connected to anarchist and communist political movements, and this was evident through the seriousness of their lyrics, their connection to political labels such as CrimethInc., as well as the passion and conviction emanating from their music. In this early 7", they still hadn't fully fleshed out the epic hardcore metal of their later full-lengths and they had a rawer punk edge akin to other Italian classics such as Raw Power, as well as the amazing Society of Jesus, who (if I remember correctly) shared the Timebomb vocalist, whose gruff vocals was one of the trademarks of Timebomb.1994 7" on the inimitable SOA Records.

PS. As a bonus there's the 1993 demo of  Timebomb, which features almost the same songs as this 7"
Here
Posted by Vladimir at 10:04 AM