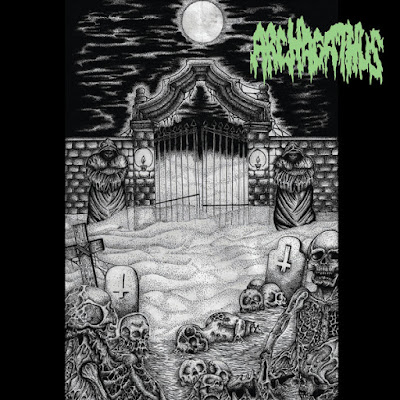 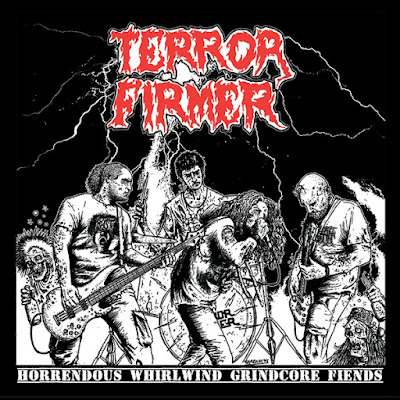 I fucking adore Archagathus. They aren't the most technically-proficient grindcore band, nor do they play the fastest blastbeats or the most speed-dazzling tremolo riffs. But their punky attitude provides so much energy to their music, their crusty grooves are so barbaric that you just want to jump around the house while doing a vomit growl. The punky style that they showcase in all their releases is here completely prominent, so this release is totally guaranteed grind excitement. On the flipside, there's the Italian grind/thrash/powerviolence band Terror Firmer. They're ok, though I don't like their excessively trebly sound, and anyway after the storm that Archagathus is, what can you do? An exception is their last track, which is different and doomy. 2016 10" jointly released by Ratto Records, PoGohai Records, Grindfather Productions, Soondoongi Records, Grind Your Mind Records, Extreme Terror Production, Dead rasputin prod., Repulsive Medias, Goodbye Mankind, Nuclear Alcoholocaust, GxExTx Syro, ¡ZAS! Autoproduzioni, Hecatombe Records.