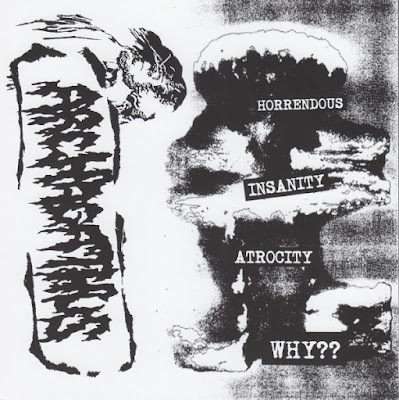 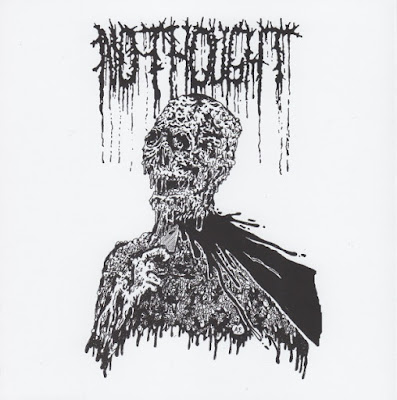 Archagathus was the grandson of Agathocles, tyrant of the Greek colony of Syracuse in Sicily and possible murderer of his grandfather. Archagathus is also a grindcore band from Canada that adores Agathocles and tries to outdo them in terms of how many splits they will release. They play very exciting punky grindcore, with equal aggressive heavy blastbeat parts and barbaric groovy moshy moments. They're one of the best grind bands around, and their side of this 7" proves it, adding some excellent doomy Autopsy-like intros. No Thought was unfortunately a short-lived band from Denver, playing ultra aggressive grind akin to early Nasum and Rotten Sound, which means involving a lot of maddening crust/d-beat parts, while the blastbeat moments remind a lot of Extreme Conditions-era Brutal Truth (along with the screamed vocals which also remind a bit of Kevin Sharp's screams). The ultra slow doom parts are also one of a kind. Great shit. 2013 7" on Uranium Overdose.