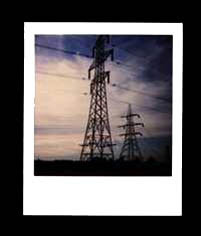 When a compilation starts out with a Culver track, you know that it's good. So this comp features 9 tracks from UK drone and experimental artists, including Culver in a totally sleepy static mid-tone drone, fizzy psychedelic ambient by the underrated Johann Wlight, scary ambient by Dual, spacey levitating drone by Amberlight, low-pitched paralyzing distortion by iD, deep spectral ambient/drone by Arabella's Parade, cacophonous accordion/dictaphone improvisations by Rob Galpin, ambiental noise by Nixxos Lexxos, and nice organ/guitar loop drone by Karina ESP. I like this cd very much, it makes me want to sleep so much; due to the fact that I always work afternoons/evenings I should have known better than listening to such stuff just before I leave for work. Shit. Cdr on Evelyn Records.