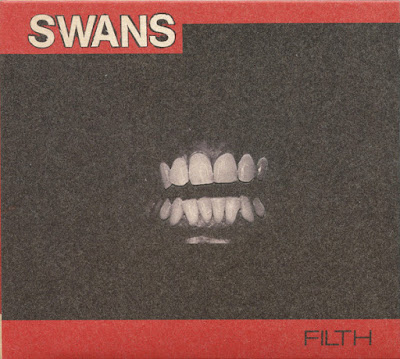 Of course theres nothing to be said about Swans' first monstrous album of cacophonic oppressive filth. I'm just posting this because I recently finished the Sacrifice And Transcendence: The Oral History book with interviews of various people close to Michael Gira and Swans compiled by Nick Soulsby. It's a fun book documenting Gira's oppressive personality and regimental discipline imposed on the band, plus the many crazy reactions to the band's loudness. Jarboe comes off as an extremely likeable person by most interviewees, Bill Laswell is mostly berated for the production he imposed on The Burning World album. What I found lacking was discussion on the reunion line-up and experience of Swans which was kinda short and didn't care to make any mention of the decision to disband it and Gira's enigmatic plans about how Swans will continue; plus, since the book is as much a Swans biography as an account of Gira's life and his life post-Swans (with some really negative comments by his Angels of Light collaborators), I would definitely have liked it had the book delved into the rape allegations made by Larkin Grimm, given that she hasn't pressed charges against him and that Gira has made a too vague response as far as I'm concerned. I hope that the truth will come out one day; whether Gira has done it or not, there must be some form of financial help for women who have been raped so that they can legally go forward, and so that Larkin Grimm can do what she deems best to prove if Gira is scum or not.