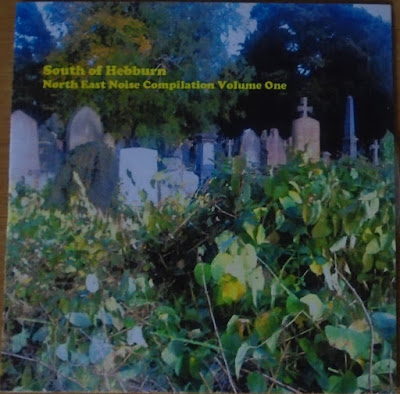 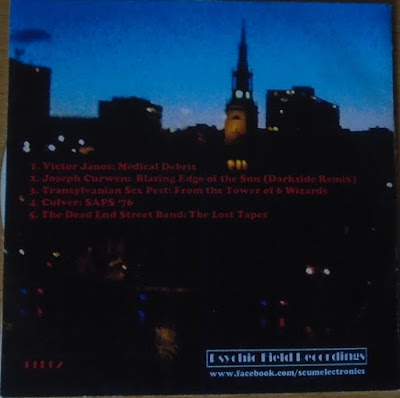 Ain't too difficult to catch the Slayer reference here: On and on south of Hebbuuuurn... This compilation taking its name from the small town on Tyne River and continued by a second vol released by Shadow Of Venom, that is south of Hebburn, under the shadow of Cronos, Mantas and Abaddon features five noise/drone tracks: one repetitive machine noise piece by Church Burner's Victor Janos, a deep calming ambient piece by Joseph Curwen (whom I know nothing about, but I just checked his discogs to see he makes works inspired by Lovecraft so I'm def intrigued), one digital harsh noise track by Transylvanian Sex Pest, a toxic horror music piece by The Dead End Street Band (a project of first track's Victor Janos), but of course the big money is one the Culver tracks "Saps 76," which shares the title with Culver/Lee's 2015 namesake tape (cavernous black drone at its truly best-you must buy that), but is nonetheless completely different; here over a static engine drone that keeps getting louder and louder there's an absolutely nightmarish looped melody that gives me the goosebumps even on this hot and sunny summer afternoon. So, you should listen to this both for Joseph Curwen piece and absolutely for the amazing Culver contribution. 2013 cdr on Psychic Field Recordings.