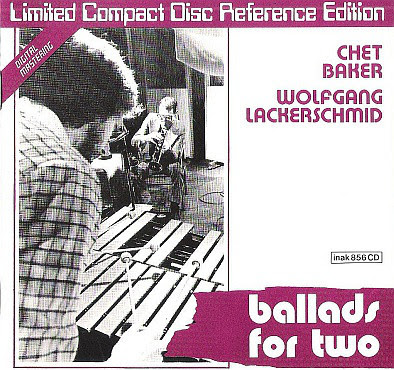 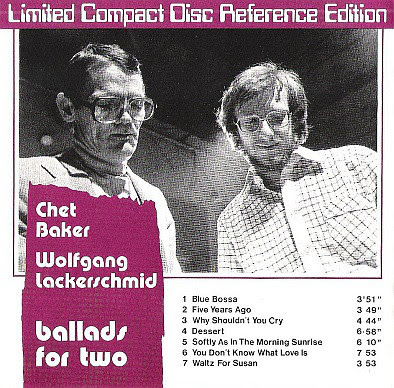 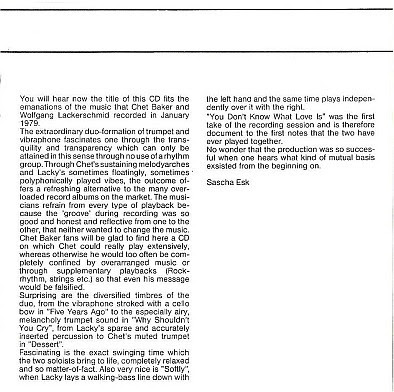 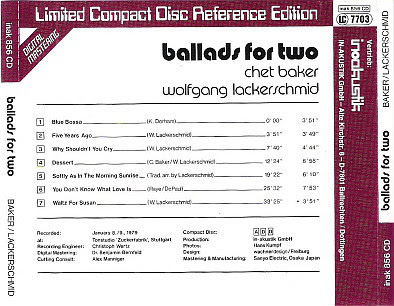 For the last ten years of his suffering life, Chet Baker played mostly in Europe and released stuff on minor labels. One such album is this incredible collaboration with German vibraphonist Wolfgang Lackerschmid, including an amazing instrumental rendition of "You Don't Know What Love Is," as well as other amazing tracks like "Blue Bossa" and "Five Years Ago." I absolutely love this album, Chet's trumpet sounds so broken and fragile. For about a year I listened to it non-stop. It was initially released in 1979 by Sandra Music, but this is a cd rip from the 1986 in-akustik lable re-release. 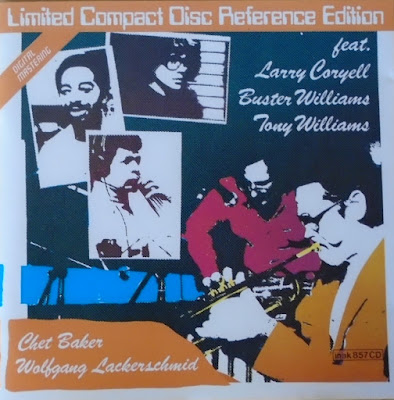 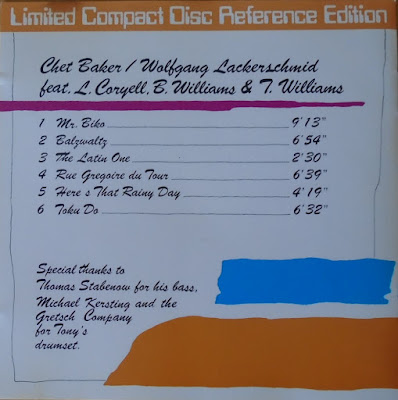 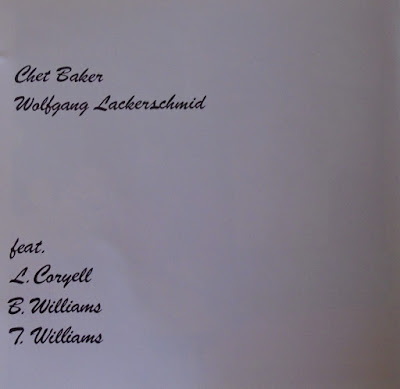 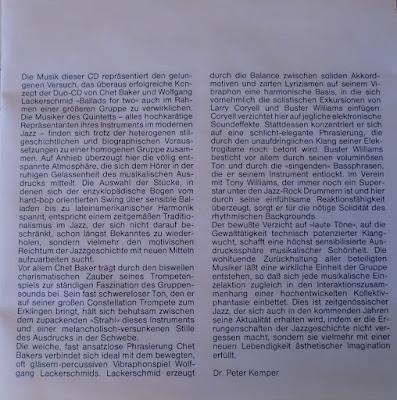 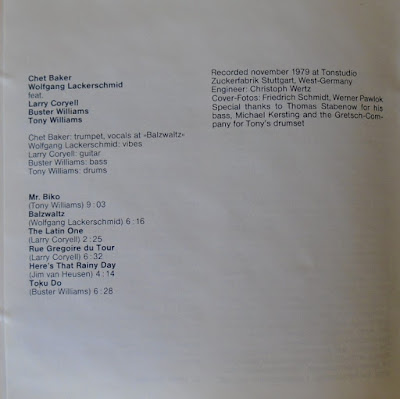 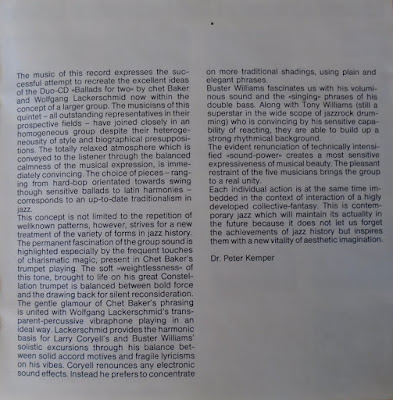 This was released one year after Ballads For Two and features an all-star line-up with guitar legend larry Coryell, bassist Buster Williams and drummer Tony Williams. Not as mellow as Ballads For Two (apart from "Here's That Rainy Day"), it contains some great interplays between Baker and Coryell and really great cocktail jazz stuff, as well as Baker's amazing scat-singing in "Balzwaltz." Released in 1980 by Sandra Music and this is the 1986 cd re-release by Inak.