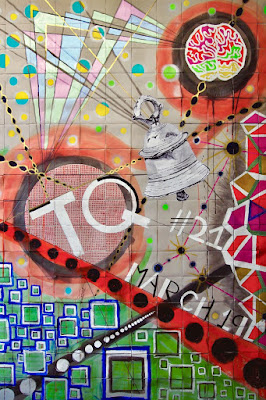 While waiting for the new TQ issue I though to post a rather belated writing on the previous issue, which includes an interview with Darren Holoway, the mastermind behind Damselfy who plays really interesting synth-based ambient that reminds me of late70s/early 80s sci-fi synth and even Soviet music, but with a touch of noise and even medieval sounds! I took a listen of his album In Southern Darkness and  I found it really cool. There's also a feature on Panurus Productions, a label I have mentioned from Newcastle, and which I will write about in forthcoming posts, run by James Watts of the amazing Möbius.

and don't forget to make a subscription to the always commendable TQ zine.!
Posted by Vladimir at 11:19 AM