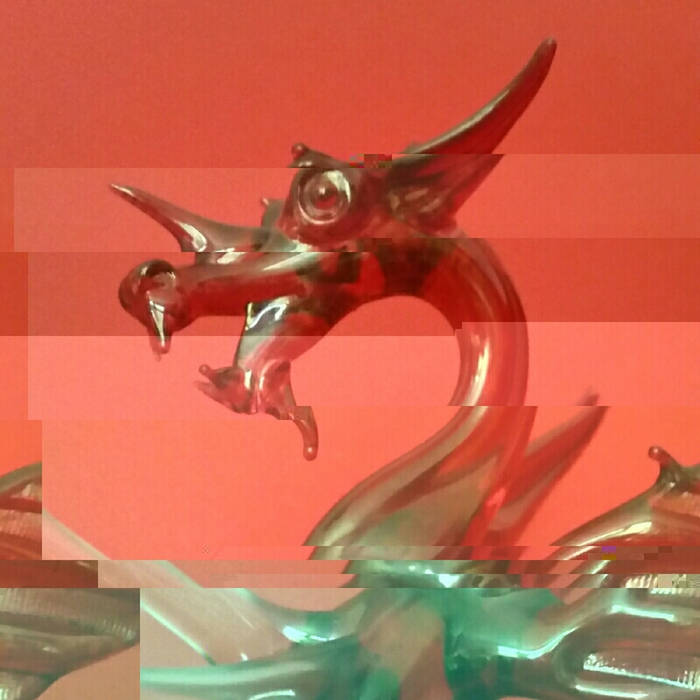 Xqui is a new enigmatic project that only has a Twitter account and Bandcamp without any additional information, apart from an association with Ash Cooke of Pulco/Chow Mwng. The music he/she/they generate is mainly field recordings and created sounds processed through mobile phone apps. So far the project has released 4 pieces, with more coming soon, and is endorsed by TQZine, which has offered a bunch of upcoming Xqui tracks for winners of a TQ art box auction.

The Britannia EP has a hymnal approach (I suspect the basis for the sound is "God Save The Queen" deconstructed), with a dream-like atmosphere of someone flying and observing the land. The sound is dense but pleasant and warm and reminds me a lot of William Basinski's Disintegration Loops as well as Stars of the Lid's Per Aspera Ad Astra, which should be reason enough to listen to it.

The project's latest release Nocturne EP has more of the same levitational/floating feel, a feeling of liberation when you're dying after a long, debilitating disease that has eaten away all your will to live. Knowing that Arvo Pärt's music is played to terminally-ill people for its soothing effect, I think that an alternative playlist may as well include this EP and the previous one. The only exception is the third track "Guitar," which features a cacophonous guitar solo sample passing through underground tunnels; it wouldn't be out of place in Skullflower's recent slew of guitar/synth bandcamp tracks.

Dragon is the first full-length of Xqui and has quite a different approach. The atmosphere is less soothing and decidedly darker, with a draconian feel to it, matching its title. The first track is a Coil Worship The Glitsch-styled dark sound over which people are trying to pronounce the project's name (as a learner of Spanish I'll venture a guess and suggest that it's pronounced Porqui). Tracks here are slower, like snippets into different parts of the urban landscape and they would fit in greatly in a short experimental film of Situanionist city dérive. The longer tracks, "Bun," "eDial," and "Spark" are nightmarish soundscapes which DOA or Heathen Earth-era Throbbing Gristle would have envied, while the shortie "Convicta" features the sample of military march that evokes menacing images of fascist worms crawling the streets. This is a very accomplished release indicative of high-level skill in editing, sampling and reconstructing sounds while evoking various atmospheres.

Xqui is kind enough to offer most of his releases for free, apart from Dragon, which is paid but includes an additional release within its price. So head over to their Bandcamp and knock that shit around.
Posted by Vladimir at 8:48 PM