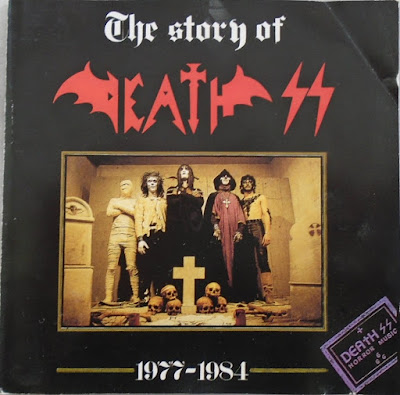 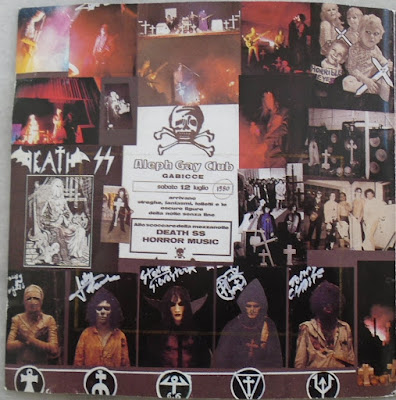 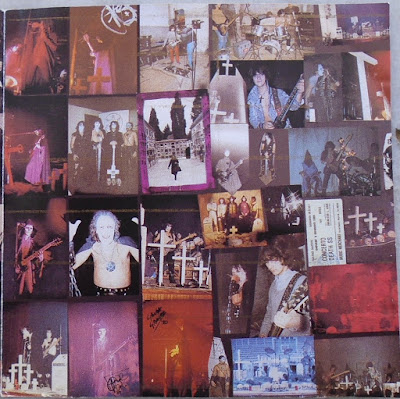 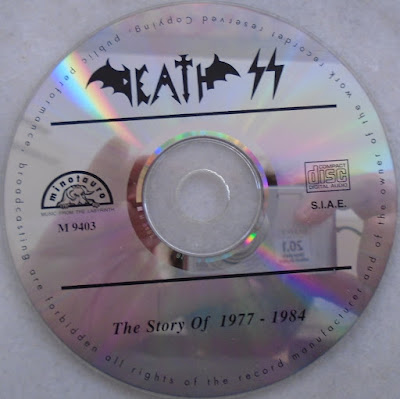 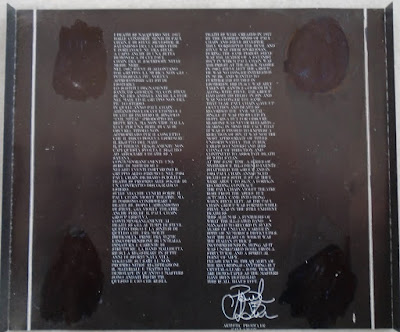 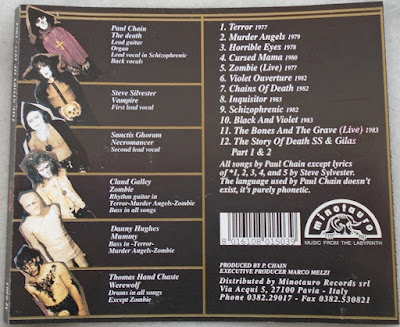 I come from a mixed Shia/ Orthodox Christian, but secular, Lebanese Arab family that migrated to the West due to its communist links during the 1970s. My family never forced me to observe any faith, nor were my parents interested in any of that, and most of my extended family for that matter. But I spent a lot of time with my two grandmas that were the only faithful people in my family and so I got a little bit of superstition, both on the Muslim and the Christian side.

How does this connect to Death SS. Well, Death SS were one of the very very very very first metal bands I heard, and actually I bought this cd at the age of eleven and a half, way before I had bought any Black Sabbath cd. Until then I mainly listened to Deep Purple, The Doors, Thin Lizzy, Led Zeppelin, and I only had a vague idea of metal, and particularly its satanic side. So, despite not really believing in gods, devils and such, when I showed this cd to my Christian grandman she cringed a little bit. What I got from her disapproval was to erase any satanic symbols (pentagrams, inverted crosses and such) in the booklet of the cd, which can easily be seen in the pictures above. Well, fortunately I never got prevented from buying black metal later, fortunately, so I managed to listen to Mayhem, Darkthrone and Marduk quite early, but the Death SS incident taught me not to show again to my grandmas what I bought. Fortunately, because that Deicide Once Upon The Cross cd would have flown out the window!

Anyway, Death SS is considered one of the early Italian metal bands, and for me they were one of the most undeservedly underestimated and unrecognized bands of all time, given their pioneering horror imagery. Their sound was equally mysterious as Black Sabbath's, and closer to metal, without the blues and proggy influences, albeit more trebly and less earth-shattering due to production and finances I guess,  not to mention creepier than Alice Cooper, whom I never liked. Their songs contain very early traces of dark speed metal, of which Venom would be heralded as the originators just a few years later. But frankly, Venom was always too rock'n'rollish and happy for me, like a slightly heavier Motorhead; Death SS's sinister was way closer to black metal than Venom and Paul Chain was/is really a riffmaster. I think it's just that the production values and the greater focus on atmosphere rather than intensity, plus their Italian origin, is what keeps them from beingi recognized as the true precursors of Bathory, Hellhammer and the 80s black metal sound. And their image was way creepier and serious than most horror metal bands, and I think they owe this to their Italian Roman-Catholic background, which always guarantees a greater obsession with horror and the Great Horned One. Some of the songs here are unbelievably good, such as "Black and Violet," "Horrible Eyes," "Murder Angels" (first thrash metal song of all time!); the post-Steve Sylvester tracks sung by Sanctis Ghoram are more accomplished technically and contain traces of epic and doom metal, and the last two track "The Story of Death SS & Gilas part 1 and 2" are two Eastern psychedelic doom metal prayers sung in Paul Chain's phonetic language he would use extensively in his solo career. Generally I think this is one of the most important releases of the early metal underground; it is a very sad fact that post-Paul Chain Death SS became a stupid goth/industrial/Eurometal horror version of Modern Talking.

Originally released in 1987, this is the 1992 second press by Minotauro that contained the two "Gilas" tracks.