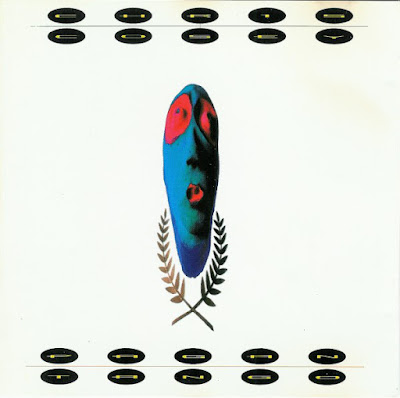 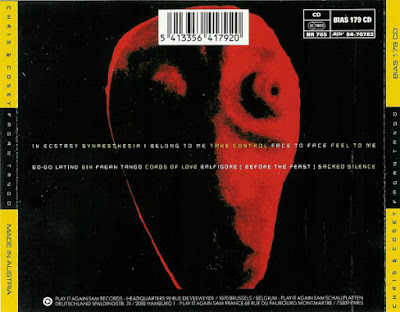 Two days ago I got Cosey Fanni Tutti's Art Sex Music memoir in the mail and I have been devouring it with much interest. I'm about halfway through, right after the breakup of TG and just into her pregnancy and beginning of C&C. She talks extensively about pre-TG activities, COUM Transmissions, her torturous relationship with Genesis P-Orridge (who is portrayed in way less than flattering ways, abusive, physically violent, sexist...) and her youth in Hull , her loving mother, her strict father. I felt particularly sad about the cutting off of contact with her mother as a result of the infamous ICA "wreckers of civilization" exhibition, about which, however, she talks rather little given how important for TG's reputation that event was. In fact, the TG part takes up much less pages than early life/COUM. I'm looking forward to reading about the reunion and second demise of TG. As a tribute to this extraordinary woman who has been central in the shaping of my musical tastes, and with whom I was in love as a teen (there are a few striptease photos inside, too) I'm posting the ninth album of her shared music group with fellow TG-er Chris Carter (her recounting of sexual experiences as a trio with either GPO or Sleazy are fun, plus their making of snuff films), which I heard when I was about 15 from "Big Bear," a scary guy who lived close to mine but whose house I frequented a lot during my teens, because he burned me cdrs of albums by Coil, TG, Current 93, Death In June, etc. When I heard this album I was starting to discover noise and I had read about TG's abrasiveness and horror so I was kinda shocked to hear that this was electro/synth-pop stuff with a hint of dub without any terror inside. But I was especially drawn to Cosey's sensuous, erection-inducing vocals and the dark electronic sound and I now consider it a masterpiece of a music genre I'm not particularly fond of. 1991 album on Play It Again Sam Records.