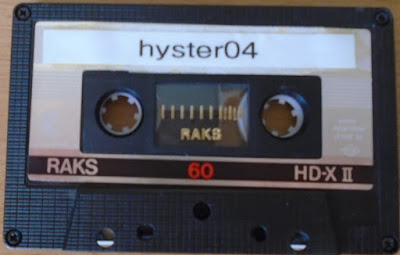 Hyster Tapes is a Finnish label releasing top-notch experimental stuff on recycled tapes. This one includes various takes on drone, from the improvisational approach of XXIII, the subterranean modern classical awesomeness of Kytö & Suihkonen, the void heaviness of Culver, the more dark ambient-ish ideas of Grey Park, Mosaic Antenna, and Yuriyuri, to the amazing atonality of Destroy All Tie Fighters, whose track can only be compared to Sunn O)))'s "bassAliens." Seriously, this is one track that has to be heard, and I beg anyone who has their split cdr with Skullpture to share it!!! 2007 tape on Hyster Tapes.