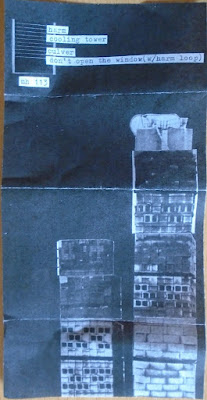 This is sadly the last Harm release, as Samantha Davies would eventually join other more well-known groups/projects, in one of which she played together for some time with Lee Stokoe, with whose main moniker Culver she shares this split demo. The Harm track is once again a blindfolded treading through dense clouds of feedback, while the Culver side (with loops by Harm) resembles the sound of the engine of an ice breaker ship, which characterizes many of his releases. 2006 tape on Matching Head.

Download (removed after artist's request)
Posted by Vladimir at 9:08 AM