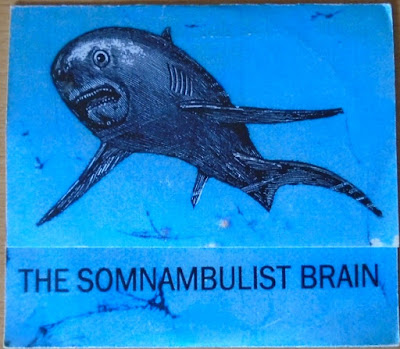 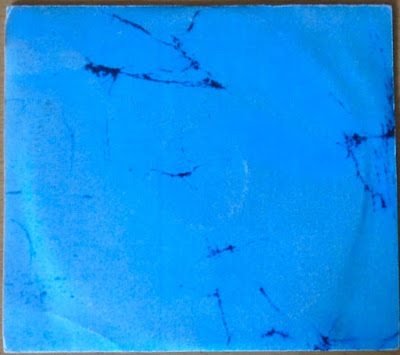 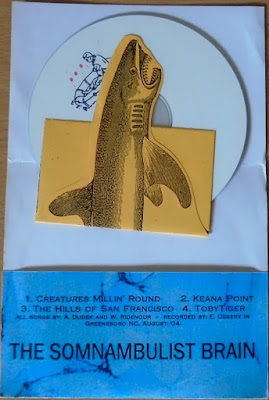 Some 11-12 years ago, the Greensboro, North Carolina, DIY hardcore punk band Żegota played at a squat in my hometown. It was an amazing, passionate show by one of the most politically-outspoken bands of the early 2000s that was part of the anarchist Crimethinc. collective. Before the show, I had the chance to strike up a conversation with the drummer of the band, Will Ridenour, who was a very polite and thoughtful person, and I still remember that evening and the conversation fondly. Among discussions about politics, punk and hip hop Will was also very kind to offer me cds by some other projects he was involved in, two of which were Dawn Chorus and The Somnambulist Brain, whose cd I am presenting here. For people who have heard Żegota, some of the breadth of the instrumentation and multicultural inclusion will be familiar in this little cdr, which despite not having any connection to punk, it contains some African percussions and non-western melodic themes/scales also found in the quieter parts of Żegota's output. Not including any of the anger inherent in Żegota, the music here is very melodic, calming and hopeful, with a maritime, beach-like atmosphere, like very laid-back indie rock. Really cool stuff, worth listening to. This was probably made in 2004 and it was self-released.

Email ThisBlogThis!Share to TwitterShare to FacebookShare to Pinterest
Labels: indie, The Somnabulist Brain, Will Ridenour, Żegota