Oppenheimer is one of the many groups in which Lee Stokoe of the almighty beacon of deep drone Culver and Matching Head Tapes plays. Also playing are Jamie Stewart of Wrest and Satanhartalt (whose works will one day be covered here), Jerome Smith of Charles Dexter Ward, Female Borstal (also including Lee!) and Haikai No Ku, and Mike Simpson of the amazing Xazzaz, also of Satanhartalt and Molotov Productions. All these guys are contributors to the small but powerful North England underground noise/drone scene. Here, though, they play something slightly different, showcasing a deafening but highly rhythmic type of skronk/noise rock, which is heavily influenced by the motorik style as well as containing some surprisingly rock 'n' roll parts, especially in the 2015 release. As obvious in the liner notes, instrument duties are exchanged among the band members. Worth checking out. 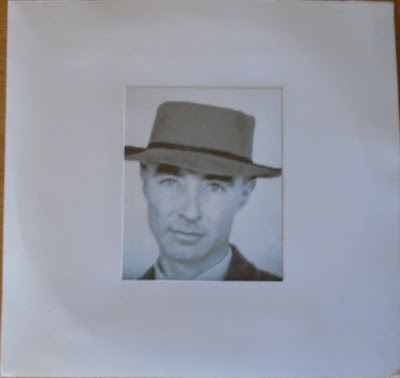 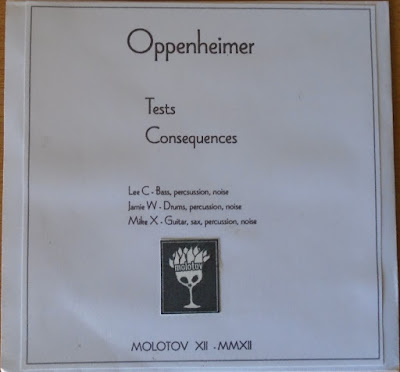 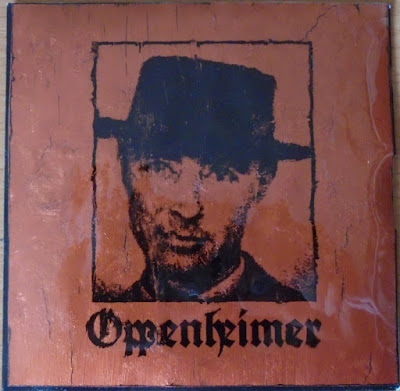 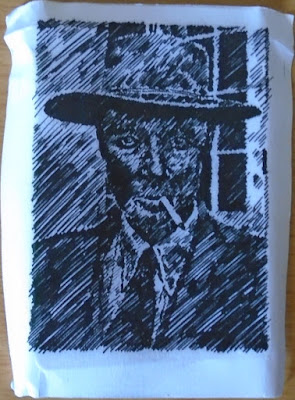 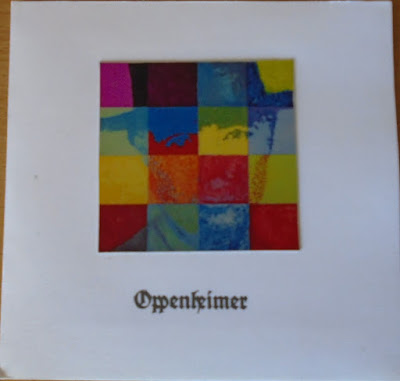 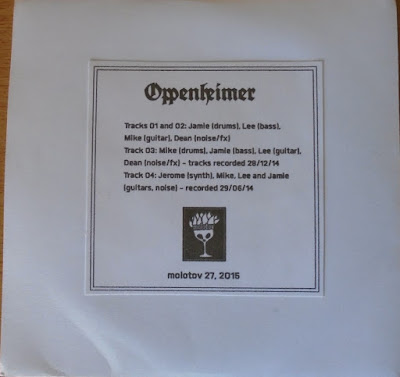 Here they are aided by Dean Glaister of drone monks RYN.