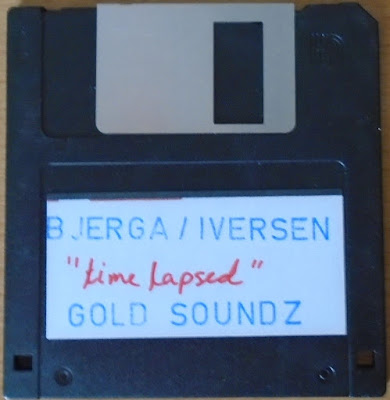 Aaaahhhh ze floppy disque! Strong contender for most obsolete and redundant storage format of all times. How many times have all of us cursed a dysfunctional floppy where we had stored a file in the 90s and we couldn't retrieve it. Bjerga/Iversen have released a number of floppy discs containing small excerpts of noise, but unfortunately I don't think they have been successful in rekindling interest in floppies as a beloved format for the underground (whereas vinyl and the cassette are far from being extinct). So, this one includes one minute of screeching resembling the noise made by elevator ropes if they had been recorded inside the shaft. 2008 floppy on Sindre Bjerga's Gold Soundz.