Culver ‎– She Had Blue Eyes Filled With Blood cd-r 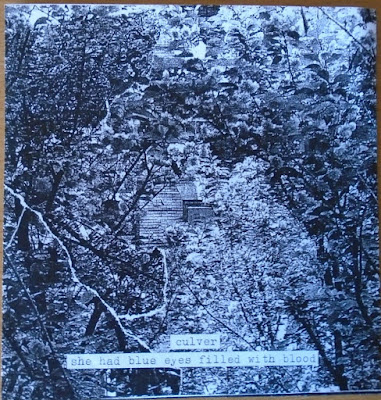 I think I have said this before about a Culver or Lee Stokoe-related release, but this is the musical equivalent of working as a stoker for the engine of an icebreaker ship or a huge furnace, such as the one described as being always on the brink of explosion in Ralph Ellison's Invisible Man. As you can always expect from Culver, this is deep, deafening drone wall by one of the greatest masters of the underground. 2007 cd-r on Sindre Bjerga's Gold Soundz.

Download (removed after artist's request)
Posted by Vladimir at 8:27 AM