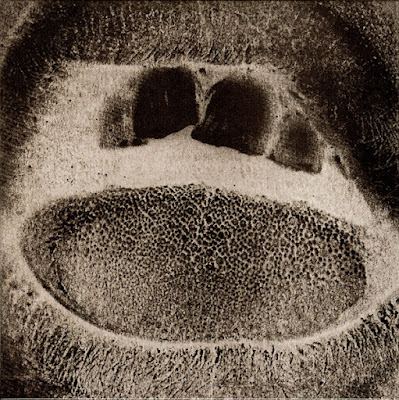 First Skullflower full-length, one of the most classic albums of the British noise underground, where they took the rhythms of Godflesh and post-punk and the noise of Whitehouse and Throbbing Gristle to another level, where rock 'n' roll and crawling psychedelia has a central position in. A real blueprint for psychedelic doom metal, noise rock and so many other subgenres. This is the 2013 remastered cd version on Shock and Dirter Promorions of the original 1989 lp that was released on Broken Flag, with liner notes by Stefan Jaworzyn about the players and the dates of each track. Also included are the two tracks of Ruins (1990) - "Eat The Stars" is such a stellar track - as well as two previously unreleased tracks, which could have easily made it somewhere in their extant discography.