Current 93 - The Stars On Their Horsies cd 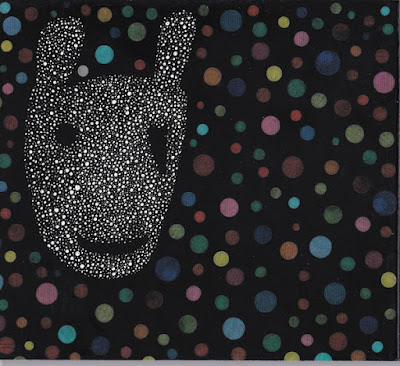 As David Tibet says, this is something like a companion album to his/their new album The Light Is Leaving Us All. Gotta admit, I still haven't heard that one, so I'll probably need to listen to both and compare/relate them. The Stars On Their Horsies is a great return to form for C93, at least for me, since I found The Moons At Your Door unbearable (first Current 93 album in ages not to appeal to me) and this year's collaboration with Zu Mirror Emperor a complete snorefest. TSOTH is a dream/nightmare soundscape going into different moods, from the ghostly to the ethereal and from the agonizing to the nostalgic. It's a single 39-minute track that sounds quite different from most of C93/Tibet's work; there are few traces of neofolk sounds, nor much balladry. Noise has a prominent role here, as well as more orchestral/classical pieces creating a masterpiece of horror and uncertainty. One of the most accomplished C93 releases ever. 2018 cd on The Spheres

PS. I read that the lp version is different. Let's hope that sb will be kind enough to share that too.