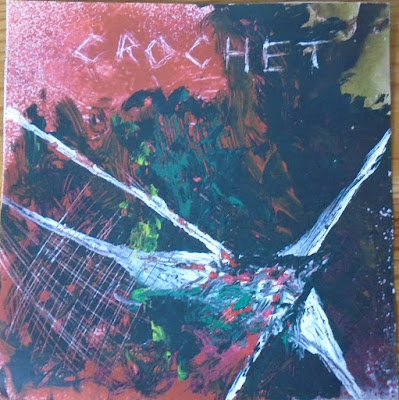 If you liked the Bandril posts, Crochet is the solo project of Rob Galpin, one half of Bandril. Here he continues the fuzzed out synth contamination of ears, going to noisier and denser territories than Bandril that are also much darker. Weird toxic psychedelic noise is the name of the game, with influences from early Maurizio Bianchi, but that also hint at Lee Stokoe's later industrial synth noise project Vampyres, as well as Depletion, the solo vehicle of Martyn Reid, second member of Vampyres. 2010 self-released cdr.