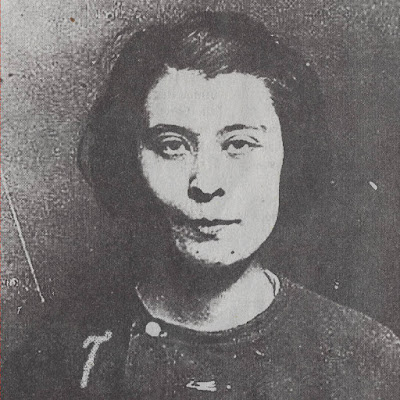 According to Mattin's liner notes for this release, '“Songbook #7” digs into some of the most important issues today: dissolution and disappointment of the social fabric, the rise of fascism, lack of coherence in a collective vision for the future and the shortcomings of democracy in a capitalist system.' The sounds assembled hereby (which were recorded live) effectively mirror the lyrical/thematic concept, presenting a - seemingly - incoherent and agonizing mood, with vocals/screams attacking without prior warning, showcasing this insecurity, lack of stability, and absence of strong political bases for the oppressed to lean against. It's quite important that Mattin makes parallels between the first six months of 1917 in pre-October Revolution, Russia, where the emergence of a bourgeois-democratic revolution could not sustain a coherent revolutionary program against war, oppression and reaction, and the presence of a supposedly fully democratic globalized society, where war breaks out everywhere and Islam is being targeted as the enemy of the "civilized world." I am referring to these two words as they are screamed in the second unsettling track in the recording amid screams of something about Lenin. If I could relate the mindset here to a specific quote, that would be from Adorno and Horkheimer in the preface to Dialectic of Enlightenment, where they say that "critical thought, [...] does not call a halt before progress."

Musically, this is a combination of spoken words with enveloping ambient/noise electronics (track 4 starts with an impressive manipulation of what sounds a field recording of crow), free jazz/avantgarde/atonal breakouts on clarinet. Though I could parallel this journey to what recent Faust are doing, there is too much breadth and exploration for a listener to pay attention to, something that can't be encapsulated in a short review. The good thing is that Mattin has made this available for free on his bandcamp, so you can go over there and be immersed in this weird ocean of sounds. 2018 lp due on Munster Records.
Posted by Vladimir at 9:04 AM