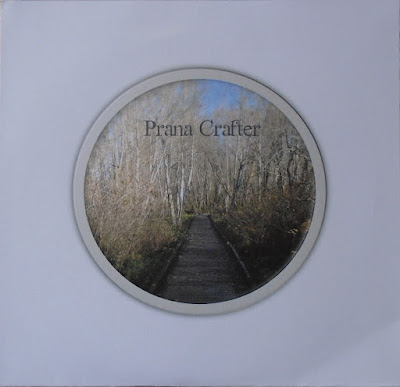 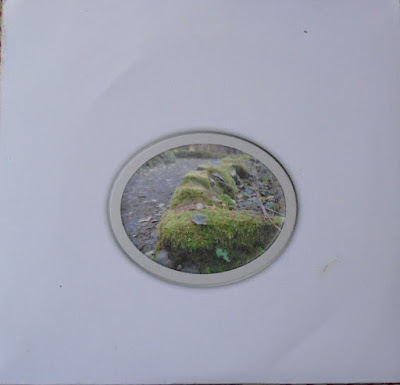 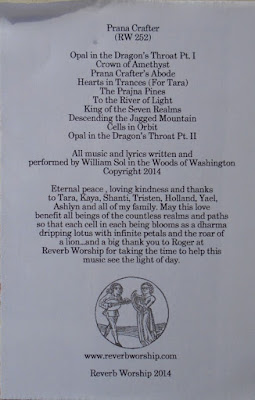 Prana Crafter is the brainchild of William Sol, a virtuoso guitarist from Seattle, playing psychedelic folk. The guy is a guitar mastermind, and he also overdubs percussions and keyboards to create beautiful melodies with a warm tone, over which he plays perfect solos with electric and acoustic guitars; his voice is quite similar to Neil Young's, an influence that is also evident in the music, along with Ummagumma-to-Meddle Pink Floyd, the quiet/most psychedelic moments of The Doors and even early David Bowie ("Cells In Orbit" sounds like a mix between "Space Oddity" and the electric part of "Stairway to Heaven"), while his guitar playing sounds to me quite close to the solo material of John Frusciante. Throw in a good measure of "Planet Caravan" and you're good to go. Great music for wandering in the forests. 2014 cdr on Reverb Worship.

His most recent release, the tape Bodhi Cheetah's Choice on Beyond Beyond Is Beyond, is also a must listen, and go here to check it out.