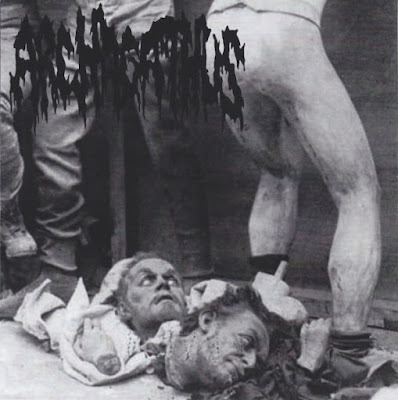 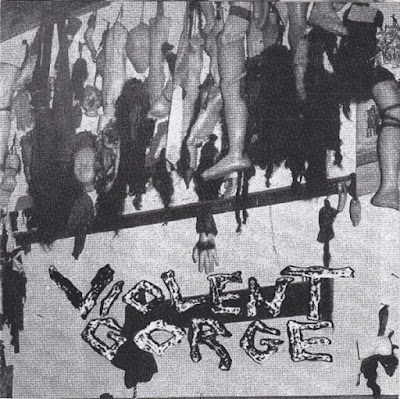 One of a series of splits between Archagathus and Violent Gorge. The Archagathus side contains guaranteed grindcore madness with awesome whiny high-pitched screams alongside the expected growls, and super-fun groovy parts combined with blastbeats and old-Entombed-like riffs. Violent Gorge plays even heavier and more old-school-death-metal influenced grindcore with some very nice doomy/Autopsy-esque riffs. 2013 7" jointly released by Don't Fear The Night, Acid Redux Productions, Grindfather Productions, and Septic Aroma Of Reeking Stench.