Sun Of Nothing ‎– Rehearsal Tape 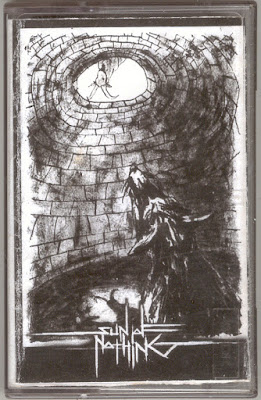 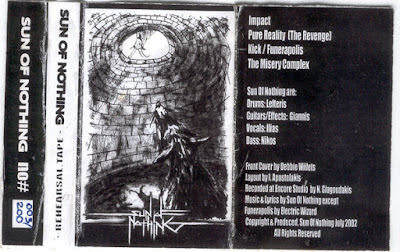 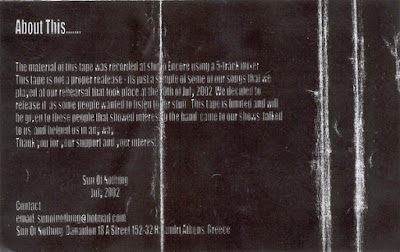 Sun Of Nothing is a band from Athens, Greece mixing sludge, post-punk, post-metal and black metal into a cauldron of noise and urban toxic pox. They've released three full-length albums, all of which can be downloaded for free on their bandcamp. This is their first rehearsal tape from 2002, which I was lucky to grab during a gig of them I saw in Thessaloniki when I was doing my university visit there more than a decade ago. What is more striking about them is their vocalist Ilias; his delivery is a shriek that is not exhaled but inhaled; what damage he must have done to his lungs is unknown to me but it sounds great. Think of their music as a mix between Eyehategod and Godflesh; third track also includes the final riff from Electric Wizard's anthem "Funeralopolis" so you know these dudes have good taste. 2002 self-released tape.