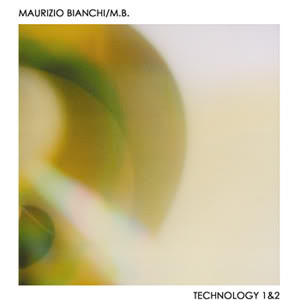 A compilation of two early (1981) tapes by Maurizio Bianchi, featuring primitive soulless and toxic synth attack. The first two tracks ("Technology 1) were also featured in the vinyl box released by Vinyl On Demand, which was a few weeks ago posted by the fine Rehashed Blog, but the second "Technology" was omitted. Fortunately for us, At War With False Noise salvaged it and released it in 2009 in cd form.