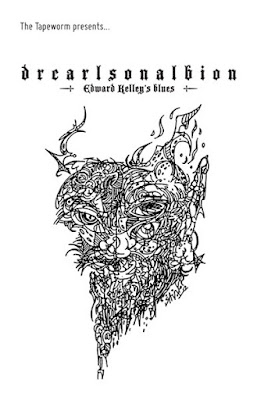 In my previous post I mentioned that Earth's new album is shit. It is actually the greatest disappointment of the year along with Martyrdöd's new horrible album. Against such an unimaginative and manieresque album, here's the solo incarnation of Dylan Carlson without Adrienne Davis. Most of his personal releases are quite similar to what Earth is doing but with more guitar and a more soundtrackish vibe. But this one is tremendously different; it contains two side-long tracks of murky guitar heavy drone loops over which Carlson chants ritual lyrics. The second track is a masterpiece; Carlson delivers an awesome occult mass with his inimitable Southern accent, while a deafening electric drone battles with old-school levitational synths that sound a lot like the early album of the Norwegian Gehenna., but the track could have also been recorded by Troum. 2012 tape on The Tapeworm.