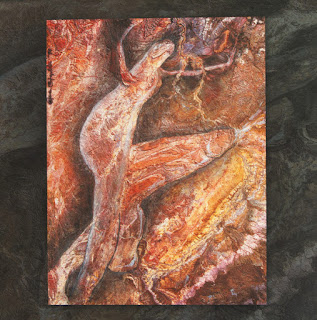 Rather passable compilation of early version of tracks that later appeared on Backwards, The New Backwards, and The Ape of Naples, as well as other 1990s unreleased tracks that sound more like sketches than fully-crafted songs. But I guess like most people who have bought this, we cried oooohhhh Coil archive material and bought it at the blink of an eye. Btw, these tracks come from Danny Hyde's archive, which have made it even more tempting to buy the thing. 2019 2 X CD on Infinite Fog Productions.