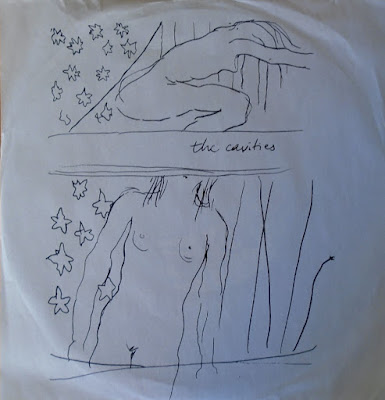 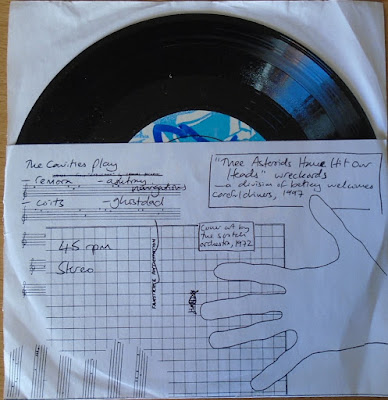 Bleak Bliss had posted this last year in its original form as the Soldering the Fuckin' Solitude Monitor 7", but unfortunately it has been expired, so here I'm uploading another version of this release. For some reason, this has also been released as Thee Asteroids Have Hit Our Heads by a band called The Cavities, about whom I know nothing (could anyone lighten me up?). Discogs says this is a mispress of the original 7" and has a different artwork and different catalog number, but the tracks are the same, with one organ-and-loops track by Remora, guitar improvisations by Joincey's Coits, a psychedelic loop dream by Ashtray Navigations, and a fuzzed bass-noise piece by Ghostdad. 1997 7" on Phil Todd's Betley Welcomes Careful Drivers.