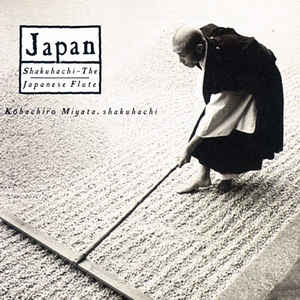 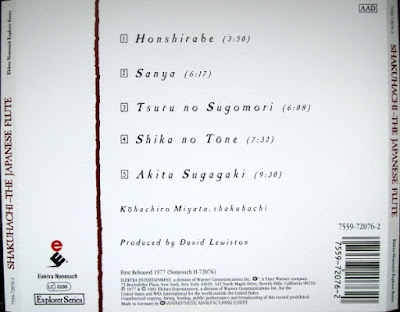 Mournful and meditative sounds from the master of the Japanese flute called shakuhachi, which has a wide note range despite having only five holes, thus requiring a masterful technique. This is the original shit, no lame-ass ethnic bullshit played in restaurants. Recorded in 1976 during an American tourand released on vinyl in 1977, it contains melodies based on ancient compositions as it is noted. 1991 cd on Elektra Nonesuch.