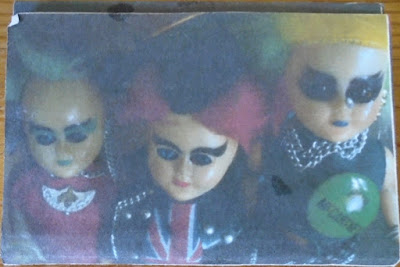 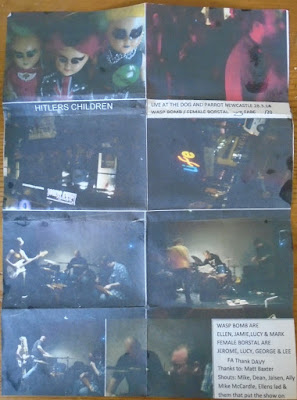 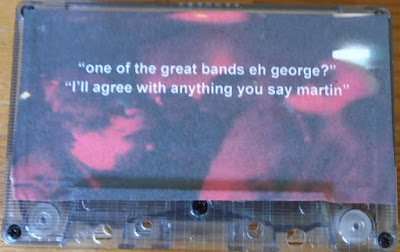 Another obscurity brought to your family's entertainment by Blyth's finest record label is this live recording of Wasp Bomb and Female Borstal. Wasp Bomb was a (one-off I gather) project of Lucy Johnson (Smut, Witchblood, Indian Lady, Dark Bargain), Jamie Stewart (Fuckin' Amateurs, Wrest, Oppenheimer, Satanhartalt) along with two other people and played feedback-fog-heavy screaming punk/noise rock, and I'm not sure if I separated the tracks correctly. Female Borstal was one of the myriad projects of Lee Stokoe, accompanied by George Proctor (Mutant Ape, Karst, Turgid Animal) and Jerome Smith (Oppenheimer, Charles Dexter Ward). One of the most band-like musically ones at that, since they played a more psychedelic and energetic version of Marzuraan, that is, lysergic doom metal/drone. Expect much noise and intensity, proceed with caution. 2014 tape on Fuckin' Amateurs.