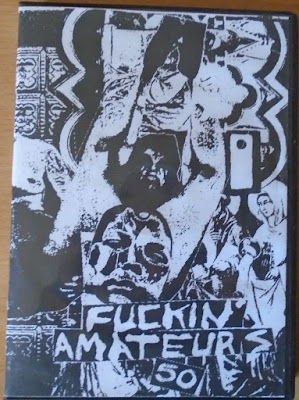 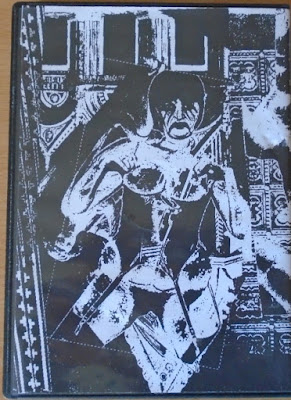 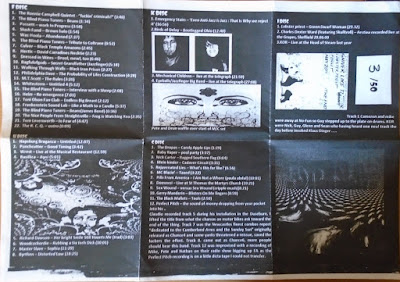 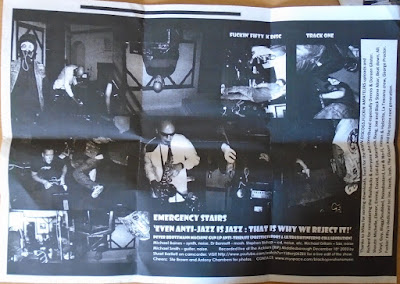 The two recent posts about Xazzaz and TQ Zine were more or less related to Fuckin' Amateurs, so I thought to post this. In short, F#A was a ten-year-long project started by Martin Gregory and Jamie Stewart, documenting the life of the North-East English no-audience underground, mainly by bootlegging gigs of those artists and bands located or playing there, many of whom have received posts about here, or are going to get! That scene is really vibrant, diverse and creative and F#A did an amazing job keeping the light alive, until its folding of operations last year, which has fortunately been taken over by No-Audience Underground tapes. In this mammoth six-cdr compilation celebrating the fiftieth release of the label, a long series of artists ranging from drone, noise, punk, dictaphone and free jazz are compiled. Some are blog favorites, such as Jazzfinger, Posset, Waz Hoola, Culver, Wrest, Basilica, MC Blazin, Mechanical Children, Hapsburg Braganza, Lobster Priest, Charles Dexter Ward, as well as enigmatic car-race radio broadcast dictaphone worshipper Chris "Pause" Richardson. The highlight, though, is the last track of the last cdr, which is a band called The Nice People From Straightsville doing a cacophonous lo-fi castrato-voice cover of Hawkwind's "Silver Machine" renamed "I'm Going to Ashington." 2009 6-cdr set on Fuckin' Amateurs.