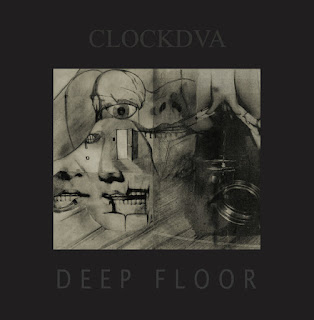 This is the vinyl repress of the 1979 cassette Clock DVA did as part of the Horology-DVAtion Vinyl-on-Demand box set. It is easily one of the most unsettling examples of early industrial, perhaps more consistently creepy than anything Throbbing Gristle ever did, and with added Ruth White-like synth/narration influences, coming straight from evil giallo films. As with the best Clock DVA (for example Buried Dreams), it is suffocating, murky and makes you glance behind your back waiting to see a prowler. In fact, it surprises me to hear how much recent Wolf Eyes (after 2012) have carried the torch of this sound, hoping that some people will rediscover this. 1979 tape on DVAtion, 2012 vinyl on Vinyl-on-demand.