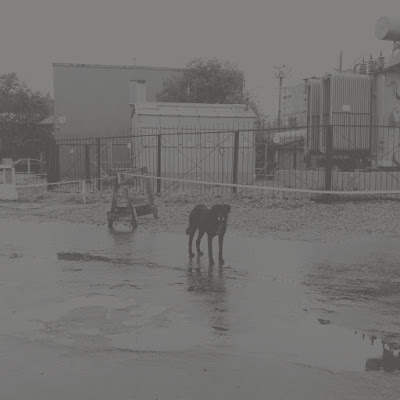 Nivhek is a new alternate moniker for the work of Liz Harris/Grouper. After last year's awesome Grid Of Points, which accompanied me during my mother's short hospitalization and death, this new four-part recording features also Michael Morley (The Dead C/Gate), has an equally depressive/ghostly mood. Piano is to be found in minimum quantities here, as the main instrument is a lonely vibrating synth, along with some intense deep bass drones, and of course Liz's evasive vocals. There's a somewhat ethereal quality reminding me of Dead Can Dance's Within The Realm of a Dying Sun. As I said it's a very depressive record; two days ago I listened to it on repeat for a few hours while reading Teodor Adorno's Lectures on Negative Dialectics (a very difficult read in itself) and having a cold due to having open windows during a somewhat cold day, and I felt very miserable to the point of feeling my heart beating weakly. I don't want to dissuade you from listening to it; it's another high peak for Grouper, it's just that it can really destroy a good mood. 2019 LP on Yellow Electric; I chose not to separate the tracks, as they continue seamlessly and it would ruin the unity.