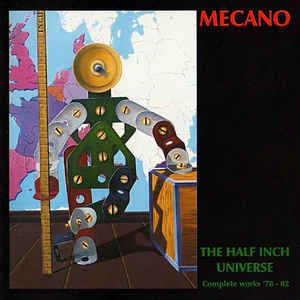 Dutch band who initially run from 1978 till 1982 and were known for their artwork which featured mechanized toys. They played a mix of post punk and new wave and some atonal/improvised moments (check "Dissident Lament"). When they reformed in the late 2000s they shifted to a more synthy new wave-y style, which was ok too. 1996 double cd released on Lazy Dog Records.