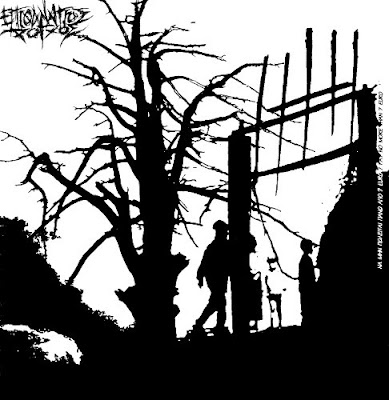 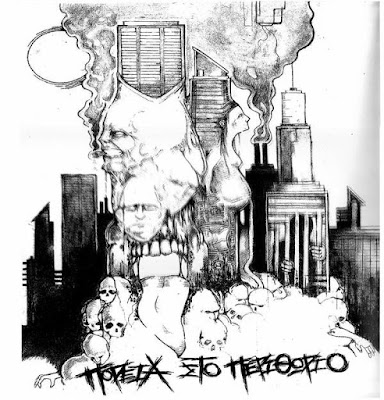 Two great punk bands from Thessaloniki, Greece, whom I was lucky enough to catch in the act during their run. Epithanatios Ronghos (Death Rattle) played superb black metal-influenced crust punk with lots of wintry melodic riffs, gruff vocals and an epic sense of despair. Unfortunately they broke up after their guitarist's death from a drug overdose, but at least one member continues to the now running band Kataxnia who play kinda similar punk. Poreia Sto Perithorio played pogo-inducing mid-to-fast-paced rock n roll punk that makes me want to jump from my desk to the couch. 2006 self-released lp.